The Japanese page is here

A kanie's New product has been released, "294M" and "WING".
I am big expecting because this new type of heat sink is that many OverClocker's are interested for great cooling capability.

My first impression is that new product "294M" seems to be fairly improved than the ex-model 238M's
The most different is double fin. Take a look at under the pictures.
Also the "WING" is new product completely.
It looks the most heavy model in the other heat sink in the world.

Both of product are designed for all of the socket type .

I strongly recommend that you buy this new product as soon as possible when this product is hit on computer Market!
But at first, I need to pick up some data of what differs from other famous heat sinks.
Otherwise what I recommend isn't proved to be true.
I try to get into the fastest preview in the world. As you can already know,
I've reviewed EP-8K7A (I think this review was the fastest in the world) (^^;;
I need to keep up to maintain good reputation of mine.

The shape is looks like same as 238M, but the shape of the fin becomes attenuate.
In other words
To try to get more a surface area where will be able to become to low heat resistance.
The design of the fin has been changed to become more numbers,

I think you might notice that it's a good design,when I try to do cooling test. 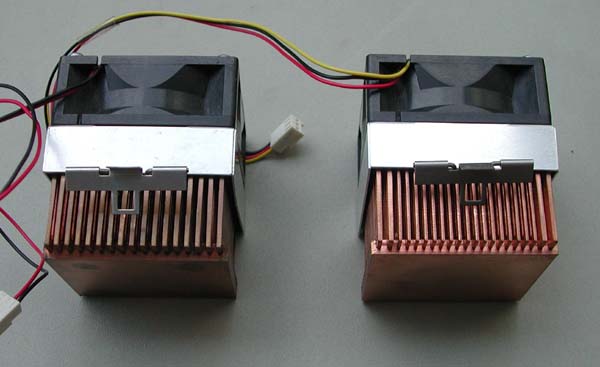 It has 3 holes, that can use all of hooks of CPU socket.

this adjustment system would avoid the anxiety of the socket damage. 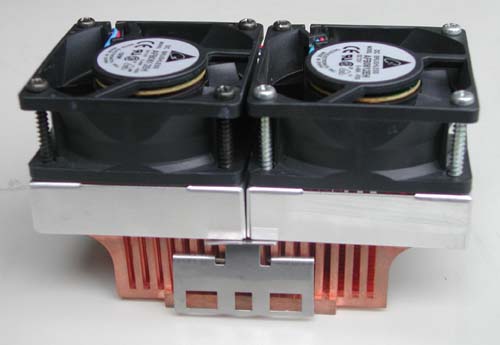 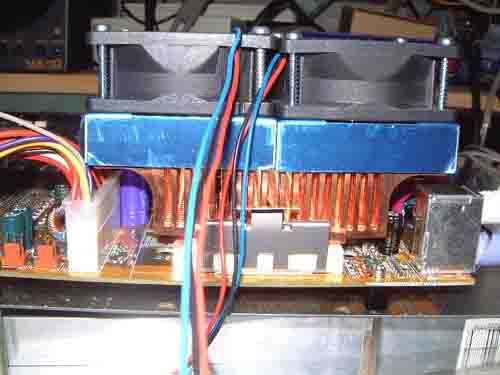 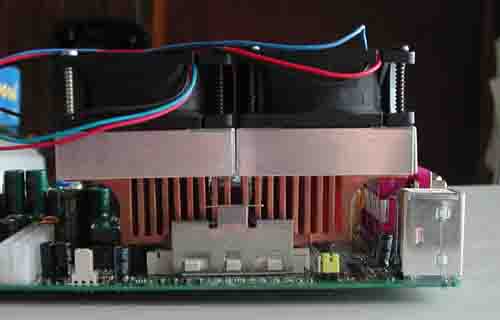 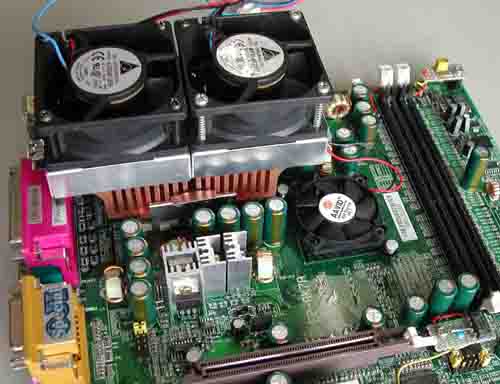 
I try to test that to use only motherboard BIOS.
Because that way is very simply and usually.

But result data is not  absolute value.

The comparative object is KANIE 238M, I think may be no problems as very popular.
# The mother board Epox EP-8K7A
# CPU Athlon 1400
# We get the data after running Super-pi software.

# CPU Duron900
CPU core voltage is 2.36V , x9
# We get the data about 1,040,000 digit computation end to use Super-pi software.
# Temperature 29℃
# This result has been measured by electronic thermometer.
That's sencer has been puted under heatshink near core place.

I used this cooler.

It is cooler than 238M.
And it has big advantage, 294M has 3 points , WING has 9 points.
You can understand, it is great!
Weak point are heavy and  noisy, but we have no problem, as we are OverClockers !
Also WING may be too big to use into the PC case.
But 294M has light weight than 238M, so It can use of general.